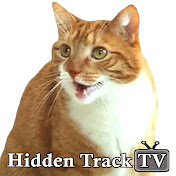 The official (original) home of Mylo the Cat. After a 7 year break, it looks like I'm posting here again! Check out my other videos on my isthishowyougoviral channel in the Featured Channels section, and tons of videos just like that one on IG. We're responsible for Mylo the Cat, Shortest Video on Youtube Series, The Worst Basketball Player Ever, Barry the Dog, Kitty Criminal, The Cheese Incident, The Dramatic Cat, Fence Plowing, Talking Kitty, and many others. New videos every day! *Hidden Track TV's videos have appeared on 20/20, FOXNews, The Jimmy Kimmel Show, The Tom Green Show, ABC News, CBS News, NBC News, Extra, The Maury Povich Show, G4TV's Attack of the Show, UFC Countdown, Country Fried Home Videos, and many others. Contact: Adam Schleichkorn - Mylo@hiddentracktv.com