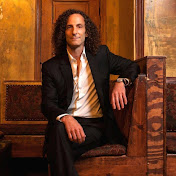 Since releasing his self-titled debut disc in 1982, Kenny G has become the top instrumental musician of the modern era and one of the best-selling artists of all-time with global sales totaling more than 75 million records. His biggest album was 1992’s Breathless – which sold an astounding twelve million copies in the United States alone. In addition, his 1994 disc Miracles: The Holiday Album ranks as one of the most successful holiday albums ever – with sales over eight million copies. Seven of his singles have hit the Top-40 on the Billboard Hot 100. He has also been ranked as one of the most-played artists in the Adult Contemporary format – with nine top ten singles. His biggest hit came with 1987’s “Songbird,” which peaked at #4 on the Hot 100.

Kenny G - Gary's Song (from The Spongebob Movie: Sponge On The Run)